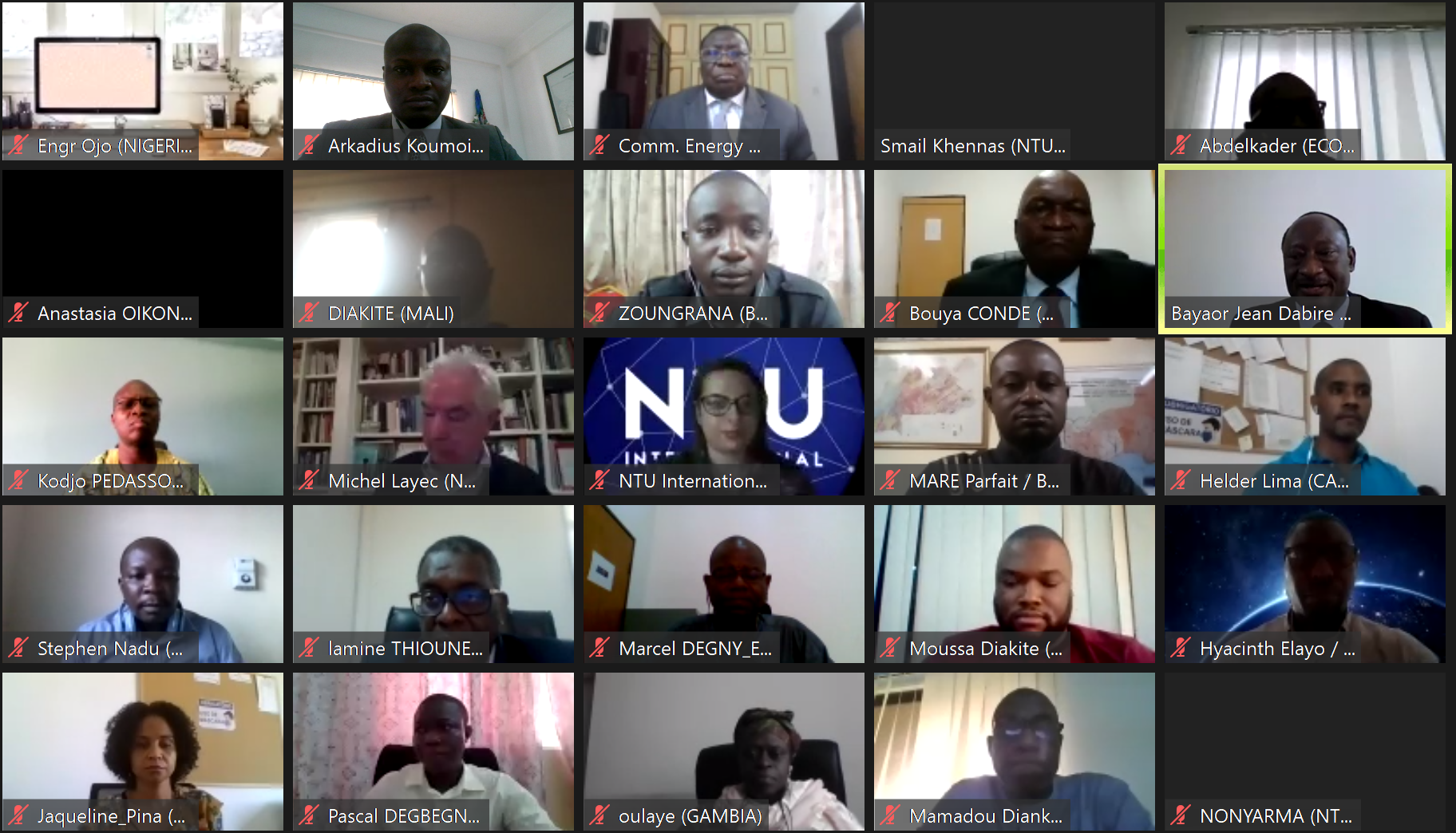 The Economic Community of West African States (ECOWAS) in collaboration with the West African Economic and Monetary Union (WAEMU) and the European Union (EU) held on the 23rd of April 20201, through videoconference, the third Steering Committee Meeting of the Programme: “Improving the Energy Sector Governance in West Africa” (AGoSE-AO). The meeting was attended by the representatives of the Steering Committee official member institutions, including: (i) the two regional authorizing officers (ECOWAS and WAEMU); (ii) the Delegation of the European Union to Nigeria and ECOWAS; and (iii) the three ECOWAS specialized agencies in the energy sector (ECREEE, WAPP and ERERA), GIZ and LuxDev.

During the opening ceremony, Mrs. CécileTASSIN-PELZER, Head of Cooperation of the European Union Delegation to the Federal Republic of Nigeria and ECOWAS, recalled in her speech the importance of the contribution of the AGoSE-AO programme to the strengthening the energy sector in West Africa, expressing her satisfaction to see all concerned parties gathered at the meeting and hoped that the discussions would be productive. Mr. Lassane OUEDRAOGO, Director of Energy and Mines of WAEMU speaking on behalf of Mrs. Fily BOUARE SISSOKO, Commissioner, Department of Business Development, Mines, Energy and Digital Economy (DEMEN), WAEMU, expressed his sincere thanks to the ECOWAS Commission for the organization of this meeting and commended all the stakeholders of the implementation of the AGoSE-AO programme whose successful completion is decisive for the energy sector in West Africa. He reported that the implementation of the activities planned on the EIS-WAEMU component is proceeding well despite the new constraints induced by the COVID-19 global health crisis. Mr. Bayaornibè DABIRE, Director of Energy and Mines of the ECOWAS Commission speaking on behalf of Mr. Sédiko DOUKA, Commissioner in charge of Energy and Mines of the ECOWAS Commission, expressed his gratitude to the European Union Commission for the quality of its cooperation and its readiness to support ECOWAS in the implementation of its regional integration ambitions. He then recalled the energy challenges of the region and welcomed the establishment of the AGoSE-AO programme, whose results will complement the actions already undertaken by ECOWAS to resolve the challenges identified. He highlighted the importance of the said meeting for a better coordination of the activities of ECOWAS and the institutions involved and hoped that the deliberations would lead to clear orientations and suitable recommendations for the smooth implementation of the programme. 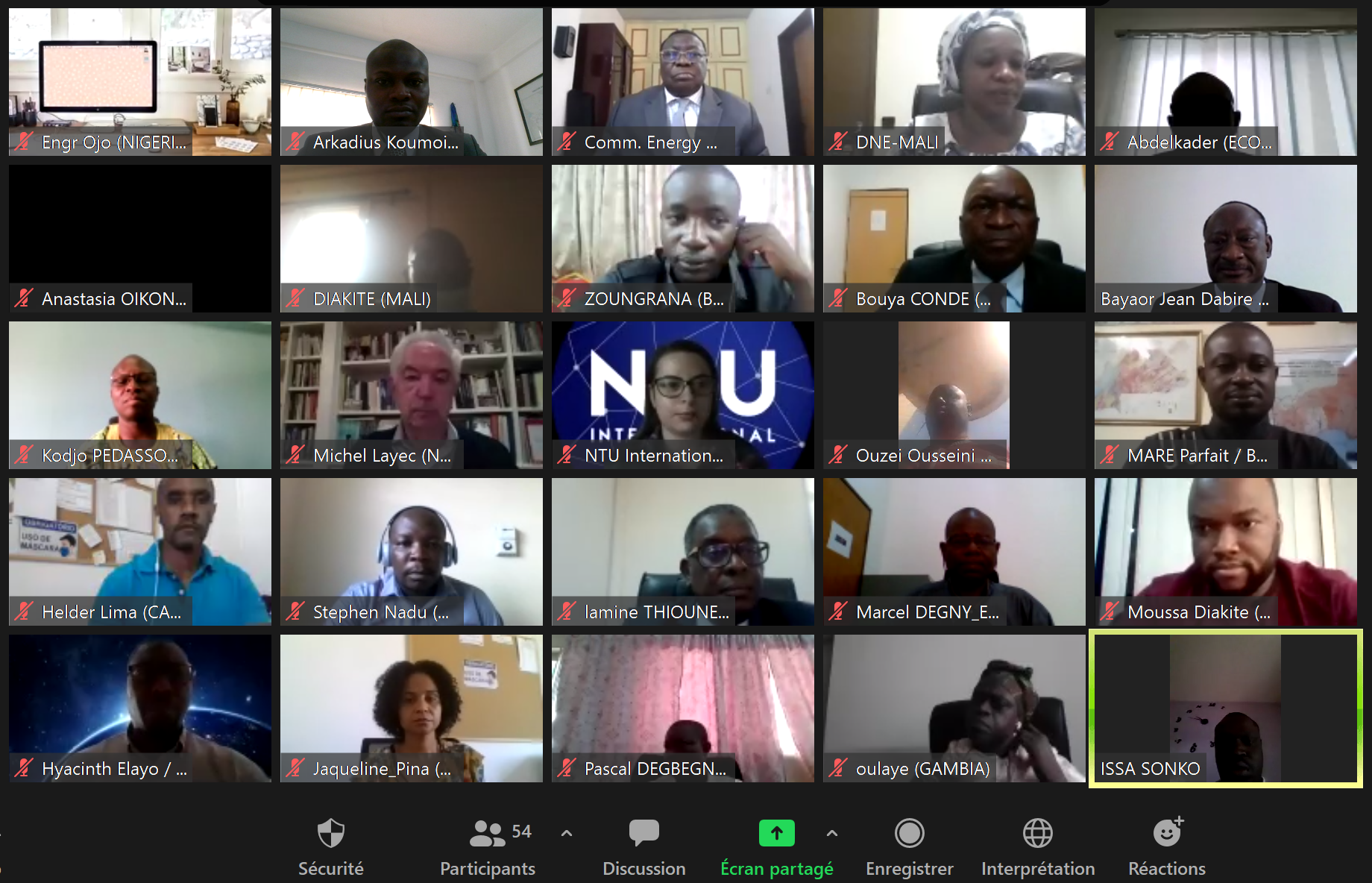 The agenda of the Steering Committee was focused on presenting the status of implementation of the activities under the programme:

Following the presentations from all institutions it has been concluded that: