Stakeholder Awareness Meeting for the Implementation of BRT Line 2 Pilot 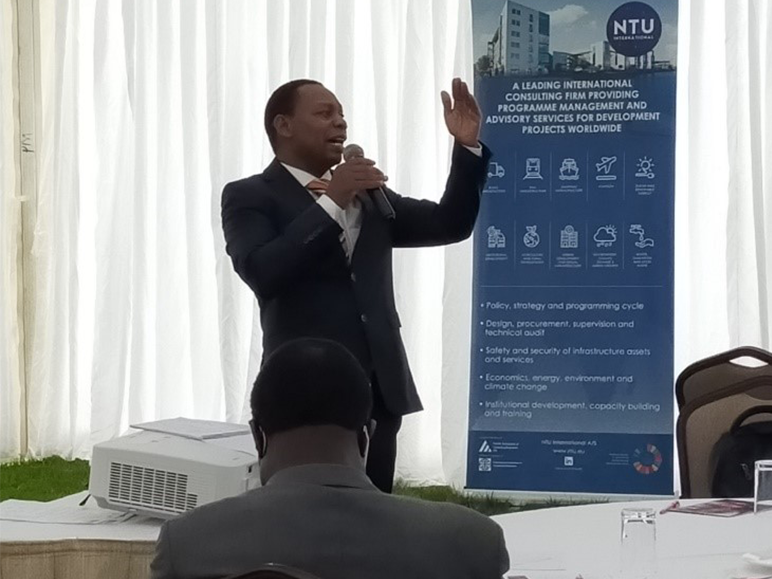 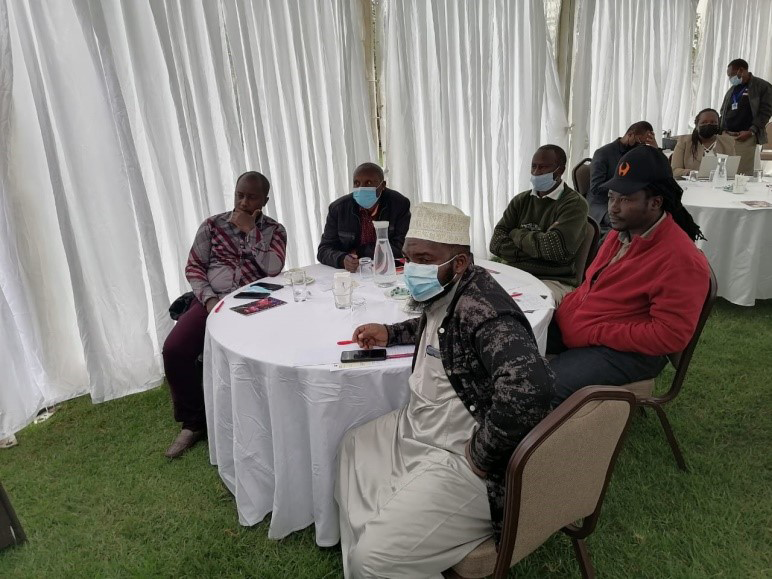 NTU International has been working with the Government of Kenya delivering EU funded Institutional Support to the Transport Sector in the development of infrastructure and support in the implementations of various projects. Through this support, NTU has been working with the Nairobi Metropolitan Area Transport Authority (NaMATA) to implement the Mass Rapid Transit System (MRTS) in Nairobi and its environs/metropolitan area. Part of the implementation process has been to engage stakeholders in awareness workshops to inform them on the upcoming system and to get their feedback as well, thereby enabling a consultative process.

During the recent meeting in  July, various leaders in the transport sector were invited for an awareness creation workshop aimed at demystifying the upcoming Mass Rapid Transit System (MRTS) with more emphasis on the Bus Rapid Transit (BRT). The meeting held at a local hotel, had close to 50 leaders from various bus companies and associations particularly from the Thika Road area where the first pilot will be started. The pilot will inform many decisions in the implementation of BRT moving forward and help to streamline operations, develop best practices, and flag any bottlenecks or potential issues in the actual running of the system.

The Director-General of NaMATA, Eng. Francis Gitau, assured the transport sector leaders that the awareness and feedback meeting was the first of many that would be held to ensure a smooth implementation of the system with no players left behind. He thanked the support that they have received from the EU through NTU for giving different consultants to support the implementation process and noted that the role they have played in laying ground was pivotal. Eng. Gitau reassured the leaders that with the growing population in the Metropolitan Area, the market share that will be taken up by BRT will not be more than 25% upon the implementation of the 5 different lines. 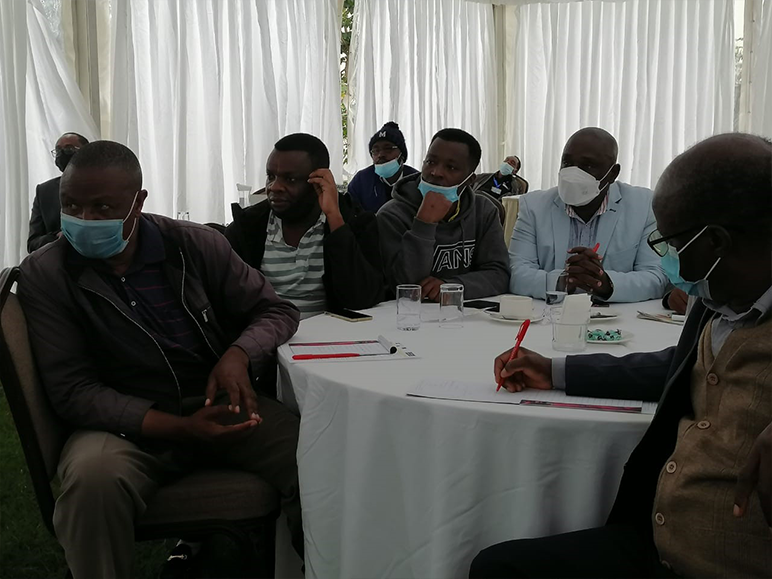 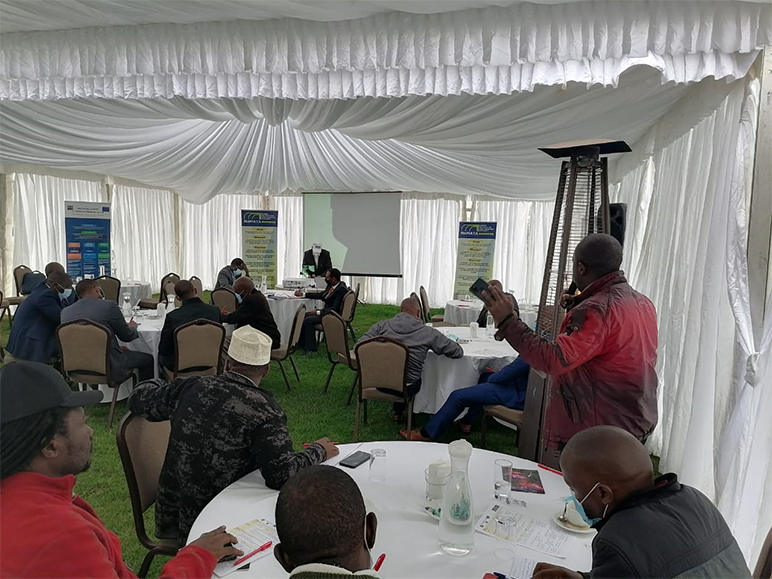 The Federation of Public Transport Sector (FPTS), Mr. Edwins Mukabana, welcomed the leaders to join the Federation through their associations and informed them of the role that FPTS played in the process of implementing the BRT through the Taskforce for the Transition and Transformation of the Public Transport Sector. He also mentioned that there were negotiations to be entered into with the government in the future to operationalize the system and their input would be sought when the time came. He thanked NTU for the consultants attached to FPTS who were helping them develop documents that would guide the implementation process professionally regarding the Bus Operating Company (BoC) documentations, Traffic Service Contract (TSC) and others.

On their part, different transport company leaders felt that the discussions were very timely because they learned many things that had not been communicated earlier. They were thankful for the session, pledging their support for the process. Their concerns, which were mainly around the loss of business, their involvement, and the BoC, were adequately addressed and they looked forward to other meeting sessions in the future when the operationalization of BRT would be closer.